Standing Desk Versus Ergonomic Desk Chair: Which is Better?

Do You Want to be a Currency Trader?

If you need to create content but you can’t write well, spend five minutes on this crash course. Follow my advice, and you’ll improve your writing. 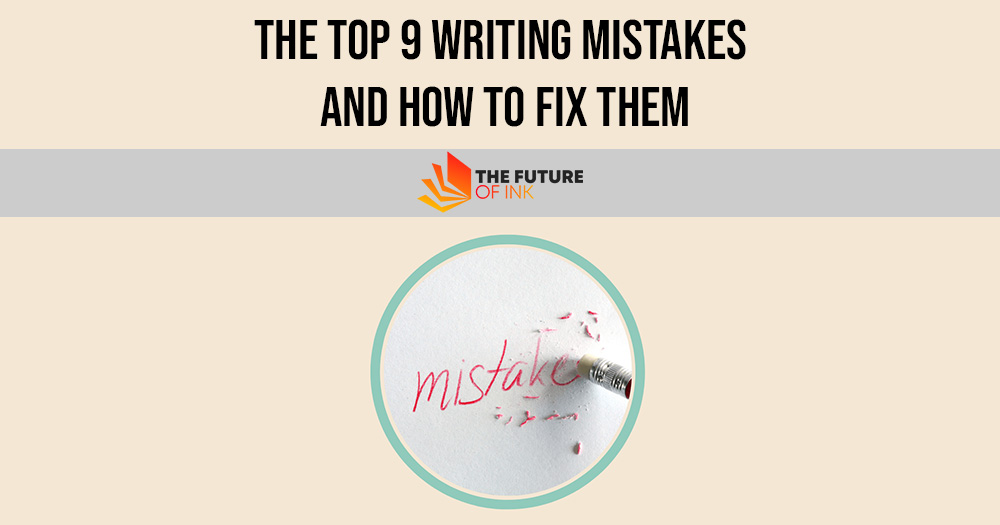 When I  worked as a writing coach at a daily newspaper 20 years ago, I introduced reporters to my list of the Top 9 Writing Mistakes. Within minutes, and with a little practice, they improved their writing.

Here are the most common mistakes:

This occurs most often among people in academia or in the corporate suite. They think $25 words make them sound smart or important. But $5 words make it easier for people to understand them.

If you came from either world, don’t let bad habits learned there creep into your writing. It should be so easy to read that a tenth-grader can understand it.

Also Read: The Five Secrets to a Killer eBook Cover

After you write something, print it. Underline every verb. If you see any of those lazy words or phrases, try to replace them with stronger verbs.

Strong verbs that mean the same as “fall down” include “collapse,” “trip,” “fumble” and “stumble.” They help paint a visual picture.

At night, in the middle of the forest, you can’t see the wolf in the dark. But describing the forest as “pitch black” makes readers feel as though they’re there.

Saying “The temperature inside the car reached 120 degrees” helps readers better understand the severity of the problem. It’s more specific than saying, “It was hot inside the car.”

5) Vague or abstract words and phrases.

“A large number” of babies born out of wedlock.

“The type of exercise” people hate most.

The word “thing,” as in “There’s this thing he does that annoys me” or ” She placed the things in the box.”

6) Writing in the passive voice instead of the active voice

Active voice describes a sentence in which the subject performs the action stated in the verb. In passive voice sentences, the subject is acted upon by the verb.

Passive voice: The book was placed on the table by the boy.

Active voice: The boy placed the book on the table.

You can find many more examples of the active and passive voice here.

This mistake deserves its own article! It includes:

See this Forbes article on The Most Annoying, Pretentious and Useless Business Jargon.

Also Read: What’s the Correct Length for an Ebook?

I plucked these samples from online press releases. All include business jargon, industry lingo, and $25 words that make my eyes glaze over.

If you want an accurate tool that identifies bad writing and shows you how to fix it, try the Hemingway App.

First, highlight all the text already on the page and hit Delete. Click on “Write” and start writing. Or click on “Edit” and paste your text into the window. The app will give you a color-coded critique. 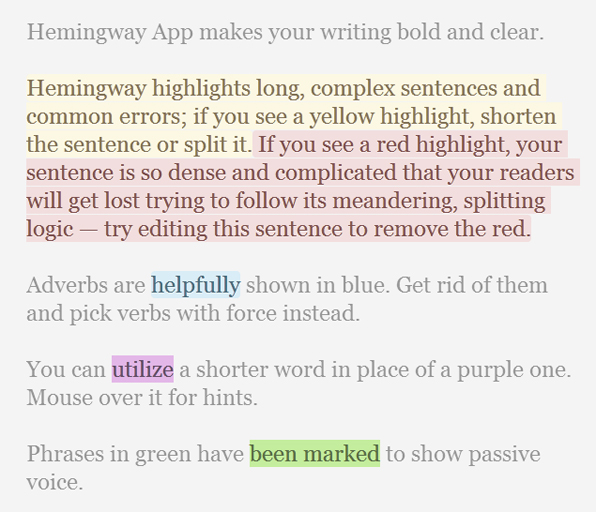 Yellow highlights long, complex sentences and common errors. Red identifies dense, complicated sentences like the ones from the press releases above.

Blue shows you adverbs that you can remove and replace with more forceful verbs. Purple points out $25 words. Green flags you to the passive voice.

You’ll love this tool! I pasted this entire post into the app before publishing it. I saw lots of colors on the screen and corrected my errors.

The Hemingway app also ranks the readability of your copy. This post scores “Grade 6″ which means children in the sixth grade can understand it.

My grade will horrify the college professors. But I’m not writing for them. I’m writing to you!

Your turn… which mistake(s) hit home for you? Be brave and declare in the comments your intention to fix your writing mistakes!

Microcontent – What Is It and Why Should You Care?

Outsourcing Companies in Eastern Europe: Pros and Cons of Partnerships?

10 Essential Steps To Take Before Publishing Your Digital Content

What Technological Solutions Are the Future of Call Centers?

The Top 9 Writing Mistakes And How To Fix Them

How to Use Facebook to Reach Your Exact Target Audience? [Video]

Digital Publishing: 5 Reasons Your eBook May Need an ISBN

Outsourcing Companies in Eastern Europe: Pros and Cons of Partnerships?

Which eBook Publishing Platform is Best?

33 Revenue Streams For Authors – Even If You Write Non-Fiction