There are hundreds of outsourcing companies in Eastern Europe to choose from, each promising that they can deliver cutting-edge solutions at low prices with teams of qualified and highly-trained software developers at their disposal.

However, no situation is absolutely perfect. Before you turn to Eastern Europe software outsourcing solutions, you have to understand the pros and cons of doing business there. 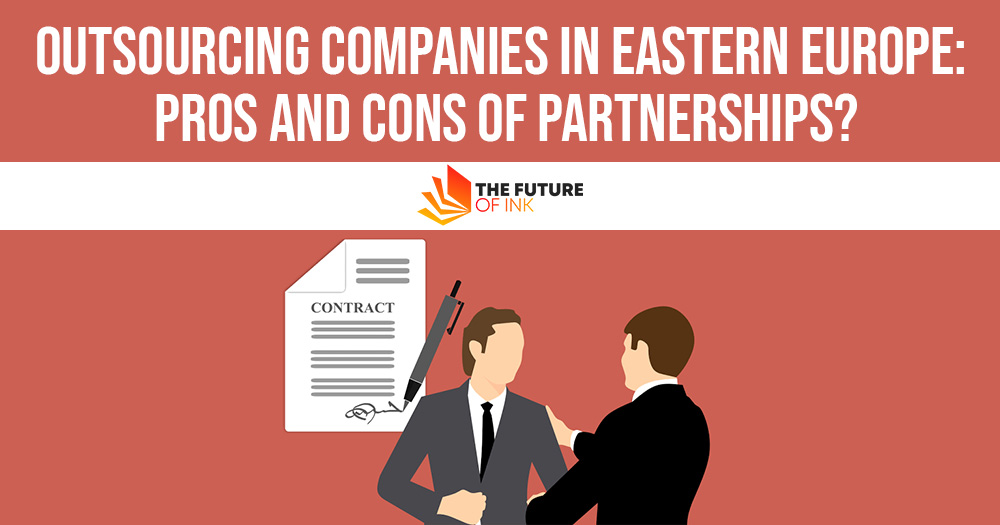 Pros and Cons of Hiring Outsourcing Companies in Eastern Europe

There are more than 1.3 million developers in Eastern Europe, and companies like Google, Hewlett Packard, and Facebook have all experimented with outsourcing software development to Eastern Europe.

Software engineers in Eastern European countries are highly qualified. Their rates aren’t as cheap as developers in the Philippines, but their expertise is unparalleled, and they have rare skills that are hard to find elsewhere.

Besides, their rates are still at least 50% lower than those in the US, without compromising on the skills they bring to the table.

Also Read: How to Avoid Work-From-Home Scams: A List of Wake-up Calls to Identify Fraudsters

There is still considerable overlap between the US (especially the American East Coast) and countries like Poland, Belarus, and Ukraine. The average difference in time is around 7 hours, which is much more favorable than that of China or India.

That means if you encounter an emergency, you don’t have to wait for your team to wake up before it can be addressed.

They not only stay up to date with the latest tech trends but are very familiar with American cultural trends too.

Tech hubs like Kyiv, Lviv, and Odesa have international airports, and they are only 8 hours from the USA.

You can travel to these locations safely, overnight, and meet your team face to face. From there, the rest of Europe is easily accessible.

Eastern European countries have strict intellectual protection laws which will keep your code and copyright safe.

Outsourcing is very secure as your information will never trade hands without your consent.

While the benefits are clear, it’s always good to know what the disadvantages are before making a final decision.

Let’s consider the cons of outsourcing development to Eastern Europe.

Some European countries have really favorable, low tax rates, while others have obscure and convoluted rules that can make it difficult to do business with them.

It’s important to check up on tax laws and regulations before hiring an outsourcing firm.

Unless you are using a really reputable offshoring company, you may find talent leaving the project midway.

The market is highly competitive and unless the company has a strong database of developers and good relationships with them, developers are spoilt for choice and can leave at any time.

Not all Eastern European countries are proficient in English. Countries like Ukraine have about 85% of their tech population well-trained in English, but this rate is much lower in Bulgaria and Poland.

It’s important to know what the skill level is for the countries you’re dealing with.

Not every company is scrupulous about protecting your information. You might find developers including code in their Github portfolios or companies holding code hostage because you didn’t do your due diligence with your contracting.

Also Read: The Benefits of Going Paperless for Your Business

Eastern Europe has had its fair share of political instability and conflict, and while the situation has been stable for years, some countries are slightly more volatile than others. This could disrupt operations if something goes wrong.

While every outsourcing destination will have its pros and cons, there are many reasons to hire outsourcing companies in Eastern Europe.

Saving money, gaining access to top talent, and the convenience of a shared time zone make it truly worth the investment.

Everything You Should Know About Agile Hardware Development

Main Challenges of Digital Transformation in the Manufacturing Industry

Which eBook Publishing Platform is Best?

Want to Convert Your JPG to PDF? Do it With GogoPDF!

The Five Secrets to a Killer eBook Cover

How to Get the Most Out of Your Yearly Creative Business Planning?

From Blog to Vlog – How to Turn Your Written Blog Posts into Video Blog Posts?

Everything You Should Know About Agile Hardware Development

Main Challenges of Digital Transformation in the Manufacturing Industry